Welcome to the monthly “What are you working on?” thread! Post pictures, gifs, videos, demos, tweets, text, anything at all, or the game!

This topic will remain open for November 2020, please feel encouraged to post!

Recently, my studio ‘Mullet Mafia Dev’ has started to release some sneak peaks for our upcoming game, Mafia Madness!

Check out some of the upcoming icons, and follow to stay tuned for map pics/gameplay/more icons 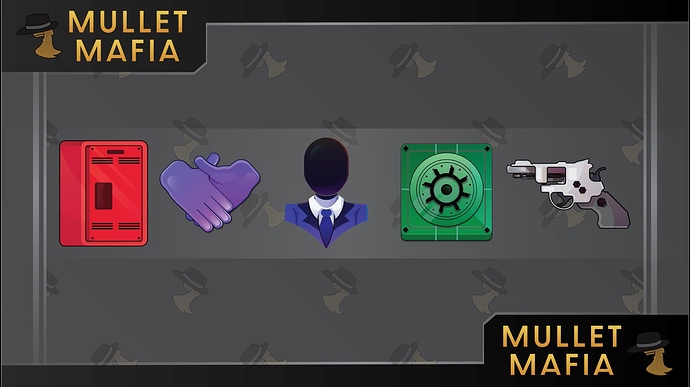 Happy Halloween, Robloxians! Celebrate this holiday with some eye candy 🍬❗ Check out these fantastic icons created by @xynnoviper for our upcoming project, Mafia Madness 🕵️‍♂️ 🚀 Follow us and stay tuned for future updates! #MulletMFIA #Roblox #RobloxDev
1 Like
chipio November 2, 2020, 4:37pm #3 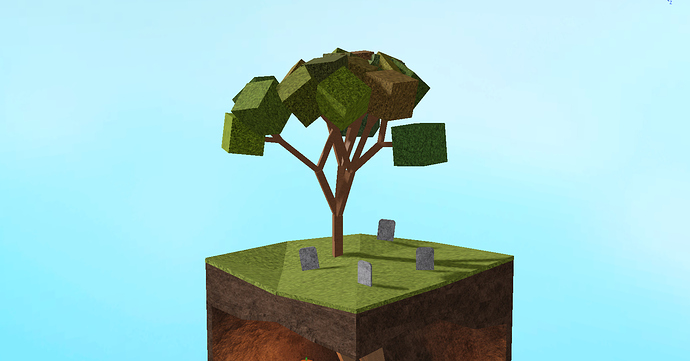 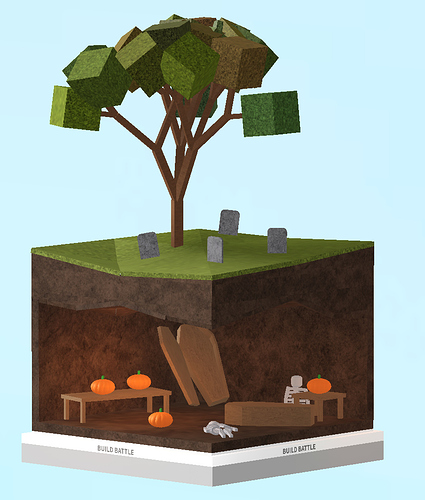 Made a diorama as part of a build battle event, and wound up finding a triangle terrain plugin I absolutely loved and would highly recommend.

The game’s open source so you can steal assets for your own projects or whatever. 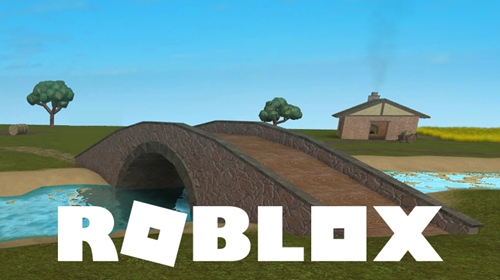 Back with another update on my game, Mafia Madness! 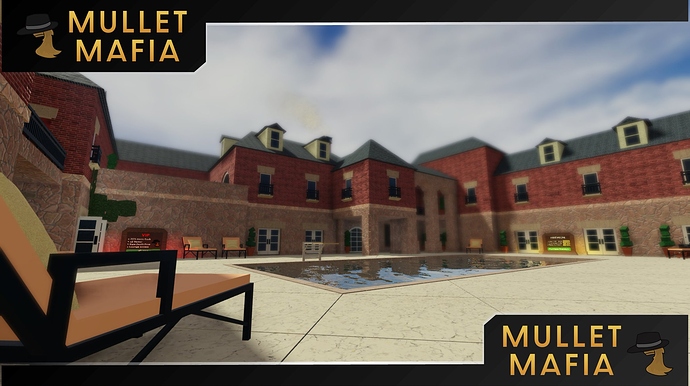 Hey Robloxians! We're back with another fantastic update for our upcoming game, Mafia Madness! 🏚 Check out the lobby by @MayorGnarwhal, the first stop to defending your honor in this fast-paced strategic murder mystery. Follow for updates! #MulletMFIA #Roblox #RobloxDev
sircfenner (Charlie) November 8, 2020, 10:08pm #5

I’ve been working on some pathfinding utilities for NPC agents in the classic game, The Underground War. The key aspect to finding time-optimal paths is to assign dirt blocks (which take time to be dug before they can be walked through) at a higher movement cost than air blocks.

Here’s a simple example, where the agent is finding a path from Green to Red, doing its best to avoid the high time cost of digging through dirt blocks (Brown).

The examples here are based on an implementation of A star because the scenario (Green to Red) demands finding a path from one specified point to another. I have also implemented Dijkstra’s algorithm for other scenarios that the NPC agent may want to consider, for example finding the (shortest) path to the nearest enemy to attack, or the nearest teammate to support.

Blocks actually have several (9) stages of being dug out, ranging from fully opaque to fully transparent / air. They must be fully dug out to pass through them, so I weighted their movement cost in terms of how opaque they currently are.

This is represented with different shades of brown in the example below, where you can hopefully see the agent favoring paths with less opaque blocks. 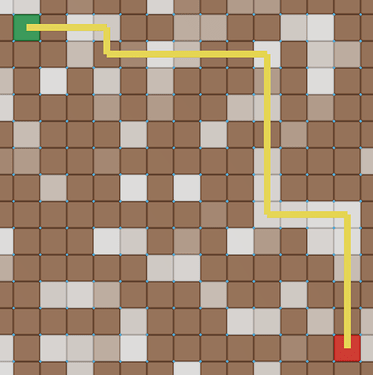 Playing the game involves a Capture The Flag mechanic. I wanted these NPC agents to be able to compete in that respect too. One important tactic when carrying the flag back through the tunnels is to avoid long, straight paths (this makes it harder for enemy players to shoot you).

To that end, I implemented a bias into the algorithm that can be set for/against straight paths. With enough bias either way, the agent may even select non-optimal time paths. 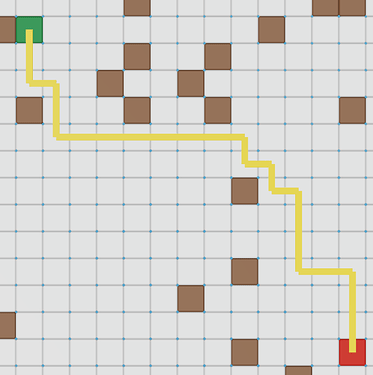 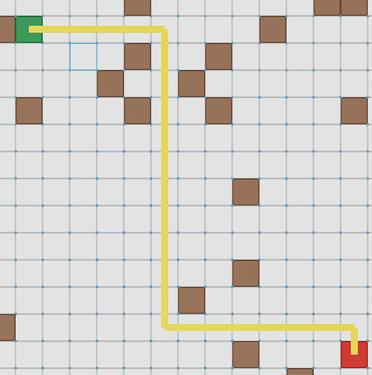 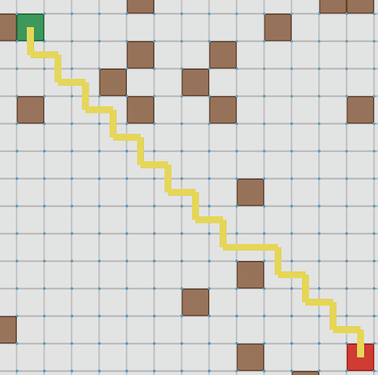 These aren’t great examples of actual tactical routes because the scenario depicted is simplistic and unrealistic, but the idea’s there and working!

I’ve made some massive updates to my Benchmarker plugin. The main graph is now a useful histogram, and there’s now a bar graph that doubles as a flame chart if you use the custom profiler tool. You can also toggle which functions are currently visible.

The plugin has gone from “Oh that’s neat” to “Wow that’s powerful” in these past few updates. 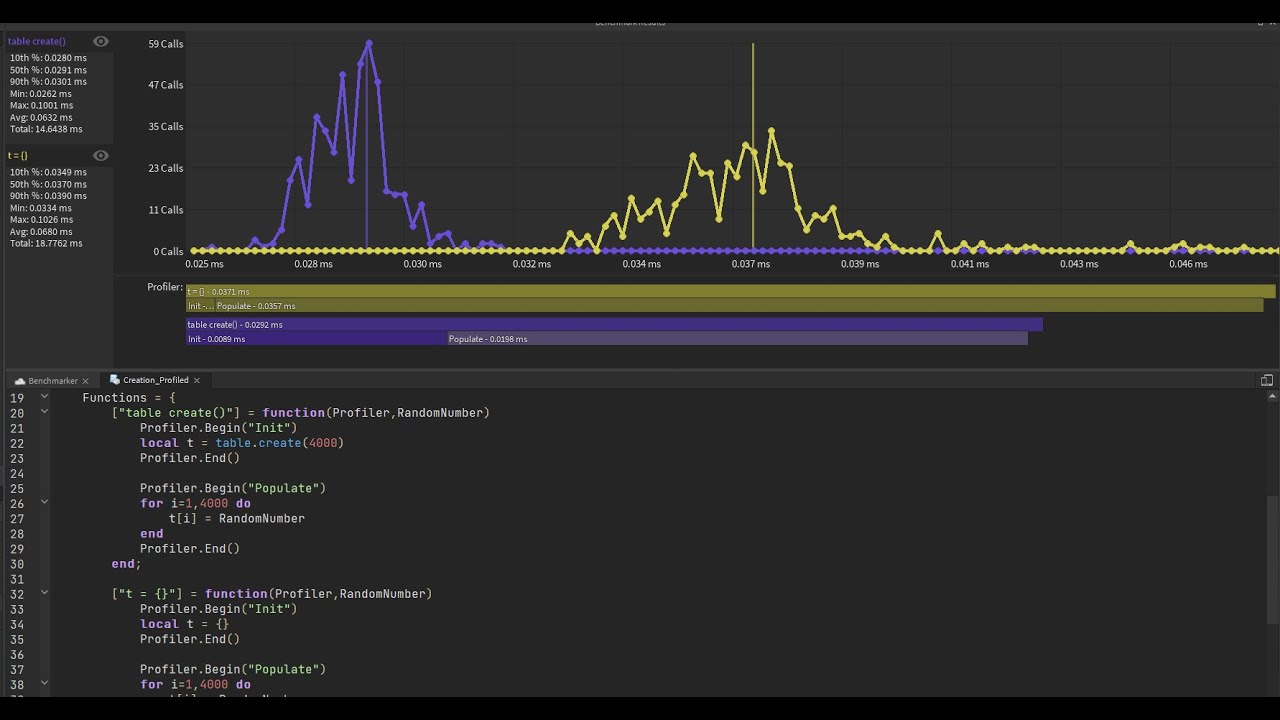 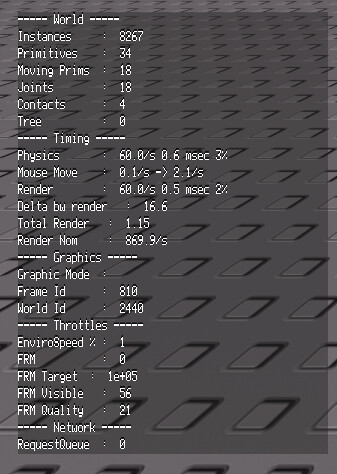 List of undocumented Roblox game client menus and their keybinds

This is a live list of Roblox client keybindings that toggle debug menus. You might’ve accidentally pressed one of these keybinds and wasn’t sure how to close it in the past. The table below should be able to help! Action Windows Mac Mobile ...

One final update for the month!

🦃 Happy Thanksgiving! We're back, and ready than ever to show you a sneak peak of the 'Mall' map that will be in Mafia Madness 🕵️‍♂️ 🍗 Check it out, and remember to follow for updates! #MulletMFIA #Roblox #RobloxDev
EGOTISMS November 29, 2020, 4:45pm #9