Welcome to Screenshot Saturday! Post some text or media of what you’re working on (pictures, gifs, videos, demos, tweets, text, anything at all) or heck, even post the game!

This topic will be open for the entire month. Even if not the weekend, please feel encouraged to post!

Made a platformer shaped thing. Will I do anything with it? Yet to be seen.

Also working on anti-griefing stuff in my other game - implementing packs in a custom character RP game as a method of controlling who can edit who’s buildings, but this doesn’t have any pretty pictures yet.

I’ve been tweaking the combat system in a project @Spathi and I have been working on for the past 4 months. It’s absolutely hilarious.

Wrote up a ban system as a quick commission & open sourced it! This utilizes messaging service and datastores! Messaging service being super fun to play around with while creating this. 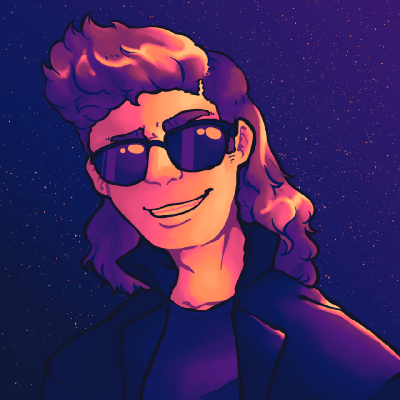 Spent the day working on some procedural animations for my zero-gravity FPS, Reflex!
I found this approach to be a lot more realistic and smooth than my last. Springs are very cool (thanks RDC talk).

Custom console! Developed to handle everything in my game and provide ease of access output & data handling.

Forgot to post this earlier, but I have been working on a custom chat system!

I’m working on some cool boss battles for Field Trip Z, can’t reveal everything until Friday but here’s a glimpse at my expert giant-meatball evasion skills from my last update.

From eating lunch in the cafeteria, to running away from a giant meatball, this update to Field Trip Z brought along a heated boss battle that was fun to make. The next update is going to be even spicier. 😎 #RobloxDev (late tweet XD) https://t.co/oT5zBdMUa7
2 Likes
sircfenner (Charlie) August 17, 2020, 5:30pm #10

Today I made a browser/inspector for user-created avatar outfits.

I set up an external server for fetching outfit information from Roblox endpoints - it’s a temporary and non-scaling solution but good enough for this project.

One of the more difficult parts was creating the viewport preview. Since ApplyDescription isn’t (yet) available on the client, I had to create the dummy and apply the description on the server, then selectively replicate it to the requesting client using the old PlayerGui hack. 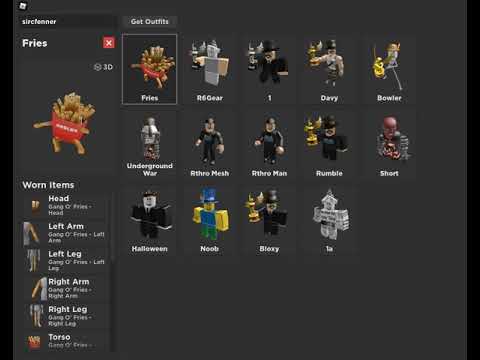 Now supports exporting an outfit to JSON. This allows you to insert the outfit in Studio using some code in the command bar: ImportOutfit.lua

Working on a custom VR controller for fun: 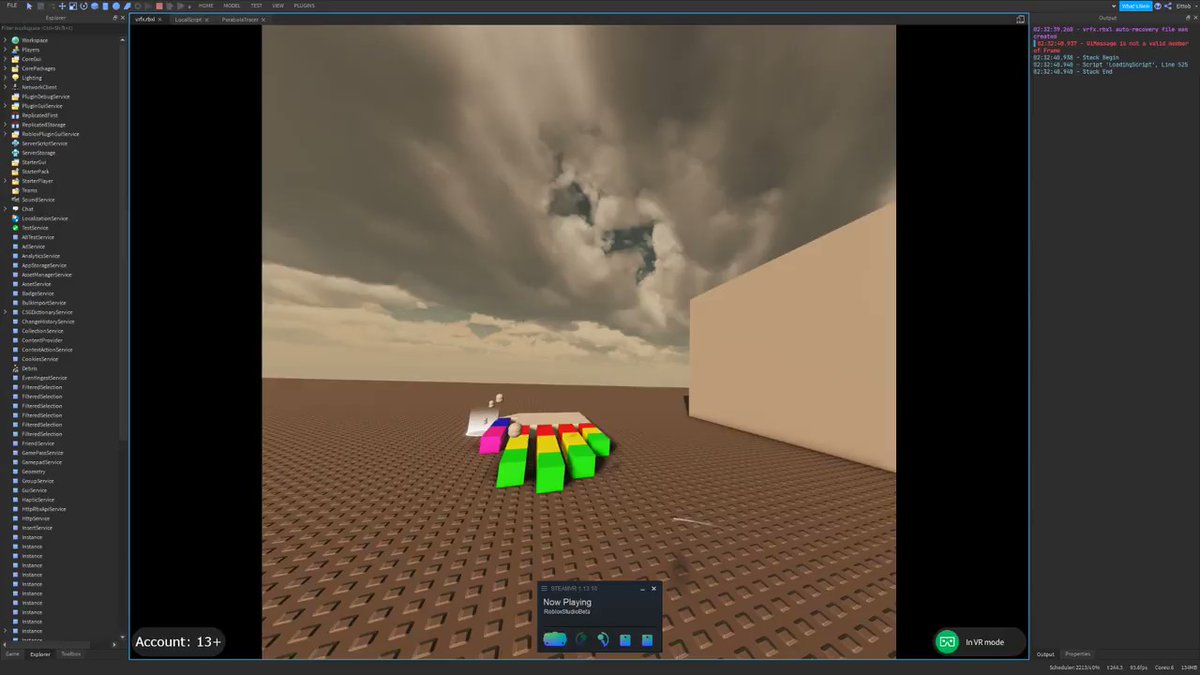 Currently I’m figuring out how to stop players teleporting into walls and stuff.

Rotating Shop created by @codes4breakfast and I

Needs some minor adjustments like syncing the time change to the item change, but still pretty cool.

I managed to make a rule that inlines constant values in darklua. Let’s say you have this code:

It will replace the variable with the actual value, so you’ll have:

I still need to write more tests, as this is a scary rule because if it’s not done perfectly it can do a lot of harm! If you know any public Lua repo with unit tests I’d use them to run automated tests (I got Roact, Rodux, Roact-Rodux and t)

I fixed some long standing issues with images in Lua Learning today.

Another issue was that it constantly hit the Http limit if you tried loading a lot of images. This is still something I’m working on solving more holistically, but as a small improvement I added caching so it’ll make fewer requests overall.

Another issue is that failures weren’t very clear- it would just show a broken image icon. Now, the failures are far less ambiguous. If it’s an invalid image ID, it’ll display a broken image icon. If it’s due to the Http request limit being hit, it’ll just say that. Much better UX when the user can tell what went wrong.

I also sat down and went through about 100 tutorial submissions for Lua Learning, and 9 of them were accepted! That’s actually a surprisingly high ratio compared to the usual submission batches.

I rewrote my Messaging Service wrapper!

Dice Msg Service is an open-source Roblox module used to ping other servers within your game to find a user & execute code and/or return what server the player is in, using Roblox's Messagi...

Some example code can be found here:

A #Roblox Message Service wrapper that can also utilize "pinging" other servers?! Yes! I created a wrapper for Messaging Service & it allows you to create a way to get a reply from a server & run functions when called or you get a reply! #RobloxDev https://t.co/JszrIeHu01
2 Likes
ilyannna (Ilyanna) August 31, 2020, 6:36pm #16

Posted it on the discord but wanted to add this to the thread. : )

First time messing with particles since 2018, made for a simple concept environment so that I can figure out how I want the style of a game to look like

This might not make much sense unless you know how trains and signalling works in the UK, but I’m pretty happy with how this turned out. 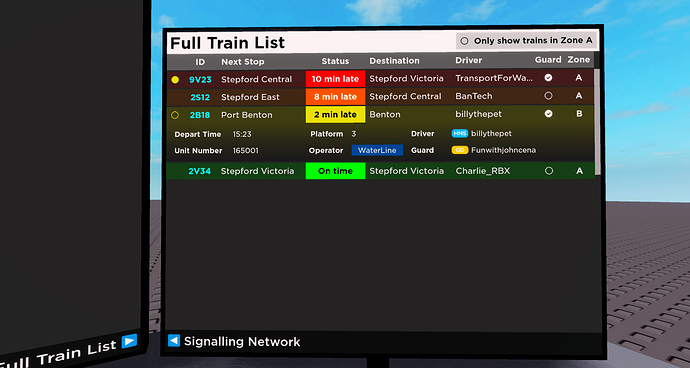 Particular highlights include the nice colour leak using UIGradient for the extra information that appears when you click on a particular row (in this case, the third row).

The icons in front of the Driver and Guard usernames refer to their rank in our group.

The colour is relating to how late the train is. The rows are sorted by lateness for priority.

And finally the yellow dot indicates when a train is at a platform, and when flashing solid the train is ready to leave and needs you to change the signal to amber or green to let it go.

Overall - this is both useful and satisfies my OCD far better than the old version: 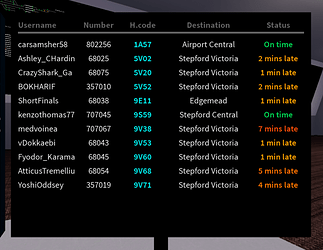