I’m working on a project that lets players explore user-created levels, and I want the catalog to show some kind of image alongside each level, ideally a picture of the level itself, but I don’t know of a good way to do this. I considered rendering the level in a viewport frame, but given the complexity of each level that would have major performance issues. I suppose I could let players upload custom decals as thumbnails, but that would be a pretty long and annoying process for them (plus they could also upload misleading thumbnails).

I do remember reading about someone who figured out a semi-reasonable way to display custom images by using a frame on each horizontal line with a UIGradient that would determine the color of each pixel. Perhaps I could combine this with an extremely basic ray-tracer that generated an image at the time of publishing the level and saved the image with the rest of the level’s metadata. The problem is, this would take a ton of work to implement and might not even work/look good/be performant enough to genuinely consider.

Is there a better method of creating thumbnails at runtime that I’m missing?

I do remember reading about someone who figured out a semi-reasonable way to display custom images by using a frame on each horizontal line with a UIGradient that would determine the color of each pixel.

That would be me! I open sourced it here: 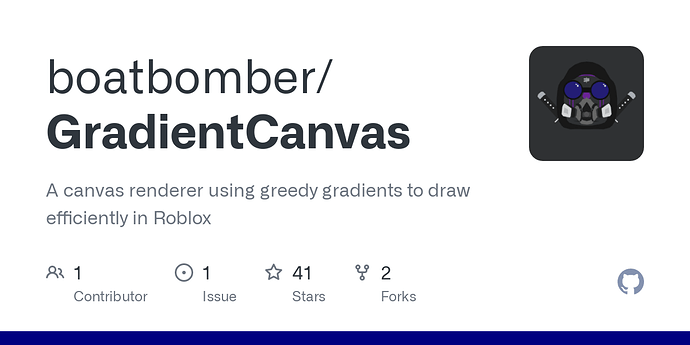 For static images like thumbnails though, I made an alternative that uses BaseParts inside ViewportFrames for higher resolution and color accuracy, and this avoids hitting the UI render limit since it isn’t making lots of Frames. 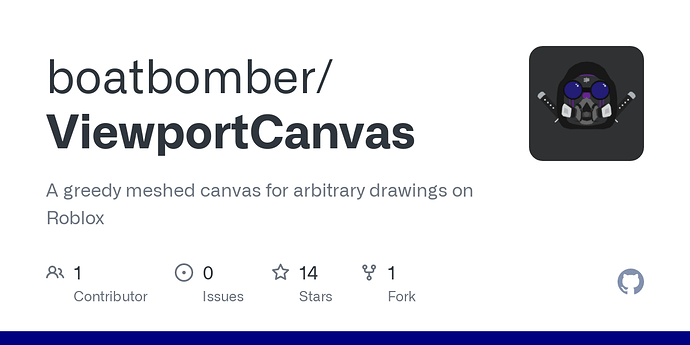 With that out of the way, I must say I don’t think a custom render is the way to go. You can lazy load the ViewportFrames holding creations to avoid lots of overhead, and you can compress the hell out of the storage of user creations with bitbuffers and limited color palettes. Additionally, you can frustrum cull build data that’s outside of the thumbnail camera position.

@ScriptOn uses this to good effect in Roverse, for thumbnails of user created worlds.

@ScriptOff41968
Getting some decent progress on Icons "Camera" app now correctly tracking which voxels to collect data for, centering camera correctly, etc.. and framing it all in a Viewport Now it's backend time 😈

Some progress on the new Icon creator. Drag camera into position, once you stop dragging it creeps to the nearest Tile. White button takes "photo" which uses the rgb block markers you see in preview mode to determine which compressed furni stats to save #RobloxDev #Roverse pic.twitter.com/jtNLL2K5XA

@ScriptOff41968
well that was easy enough left a debug that delays the last icon spawn so you can see it loading as I scroll Will do de-spawning at some later point, I'm able to load 30 rooms with only 20mb or so. pffs™️ https://t.co/RMtYRWXPYj

@ScriptOff41968
glad I woke up. Implemented 4 ideas, cut data down another 27% or so, which brings today's total compression gains to about 30-40% Here's the same Icon being loaded this morning vs just now with 37% less data #RobloxDev?