Hey yall, here’s a beefy list of all of my notable open-source Roblox libraries. I omitted a good chunk of my open-source projects, because they were either too old to be considered, or weren’t Roblox related. If you’re interested, I do have more on my GitHub (and maybe even some new things that aren’t in this post yet). 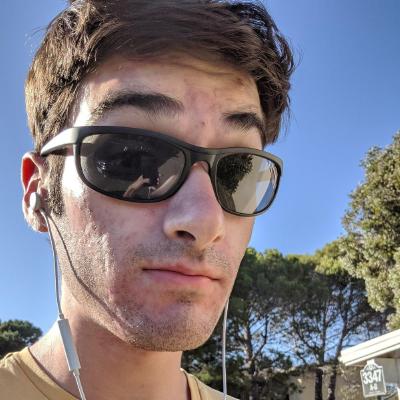 Simple Timer class for running code after a delay. Contribute to vocksel/Timer development by creating an account on GitHub.

I was inspired by Godot’s Timer class so I made my own for Roblox. Lets you run things after a delay. It uses Heartbeat internally so nothing nasty can happen with task scheduling from wait()

Wrapper for ContextActionService with an easy to use API - vocksel/ContextControls

The intent behind this module was to hide the nasty ContextActionService API, which has you passing in tons of arguments, and is very hard to deal with for consistent binding and unbinding.

Easily create 3D skyboxes with a ViewportFrame. Contribute to vocksel/ViewportSkybox development by creating an account on GitHub.

This is actually a near 1:1 copy of 3DSkybox, made by ITBV. Main difference is it’s all written in Roact.

A Roblox module importer with a concise path syntax - vocksel/import

That’s right, this module lets you use string paths similar to languages off of Roblox (and even Lua if you run it yourself). Has some nifty bells and whistles, like defining aliases to various places in the game, like ReplicatedStorage.

It’s named Sugar cause it’s sweet. Contains a lot of helpful methods that I reuse between games. Dig through it, maybe you’ll find something you like.

Class to make tagging instances easy and typesafe. Contribute to vocksel/Tag development by creating an account on GitHub.

Wrapper class around a CollectionService tag. Essentially this allows you define a tag as a “thing,” instead of as a string. Comes with helpful methods for dealing with instances associated with the tag.

A super simple approach to making classes in Roblox - vocksel/class

Super minimal class function that hides all the garbage that comes along with metatables. You shouldn’t have to know what __index is to make a class, and with this function you’ll never have to.