Best Strategy for Designing and Implementing UI for Different Platforms?

How do you design and implement UI across devices of different sizes and input types in your games? In the past I’ve just designed for desktop and patched in changes to mobile/console based on input type as an afterthought, but it normally results in buggy/ugly behavior for non-desktop users.

For my next game I considered designing separate UI for desktop, mobile, and console, and then just mounting whichever one was relevant based on the last input type, but that wouldn’t necessarily cover all cases since I also need to tailor the UI to screen size and input type isn’t necessarily tied to screen size.

What’s considered “best practice” for this kind of thing?

In bad situations this can turn into an m*n problem where you have m screen sizes and n input modes. So some kind of unification along one of those axes seems like a good idea.

Screen size seems to be more of a pain to deal with for the typical game in my opinion, so I tend to tailor my interfaces to that. (e.g. the relative size of elements such as text can change with different screen sizes/DPIs which also affects the layout of a design.)

On the other hand, a single well-designed interface can handle multiple different input modes without much difficulty in my experience. There may be times when you do need a different design per input mode but this seems to be pretty rare so I treat it as the exception not than the rule.

Tailoring to screen sizes means you do not need to create a new UI for each input type. Typically the only things that visually change based on input type are the input guides (e.g. button icons) and highlights/selections (mostly for gamepad). Of course this means you do need to put a bit more effort into designing the single UI so that it works well with all of these.

I think this is good for players as well because it means they don’t need to deal with a different interface for each input mode of the same game (which they will encounter frequently, especially if they using different input modes on the same platform). You could say the same thing about screen sizes, but I disagree because I think designing the interface based on the input method would result in more unnecessary variation in the design than designing the interface based on the screen size.

I’m not sure if there is an overall best-practice, there will almost always be exceptions (we are talking about user interfaces after all!). Separating by screen sizes is what seems to work the best for me.

I’ve gone the “create different apps for each type” route. To reduce the mountain of work that entails, I’ve made sure that my UI is made from generic components that each work on all screens and inputs, then build apps that piece those together in ways that make sense for fluid UX on the given device. 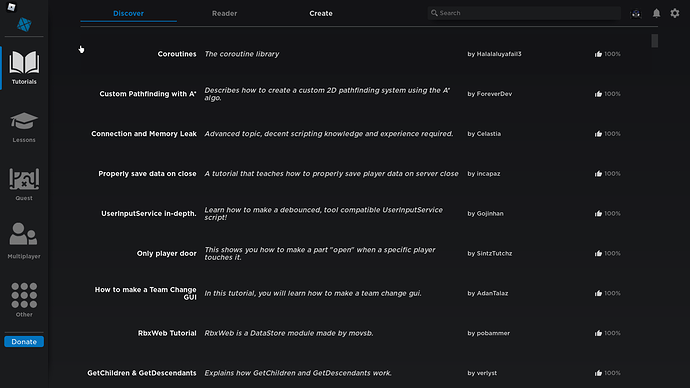 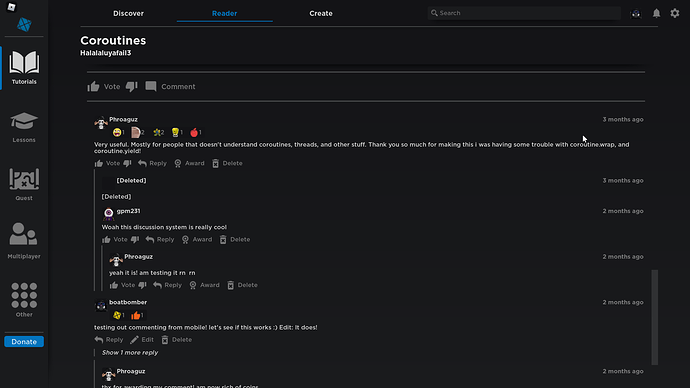 In these examples, you can see similar content being displayed with the same building blocks but pieced together differently, such as the action buttons on replies being right justified for easier thumb reach.